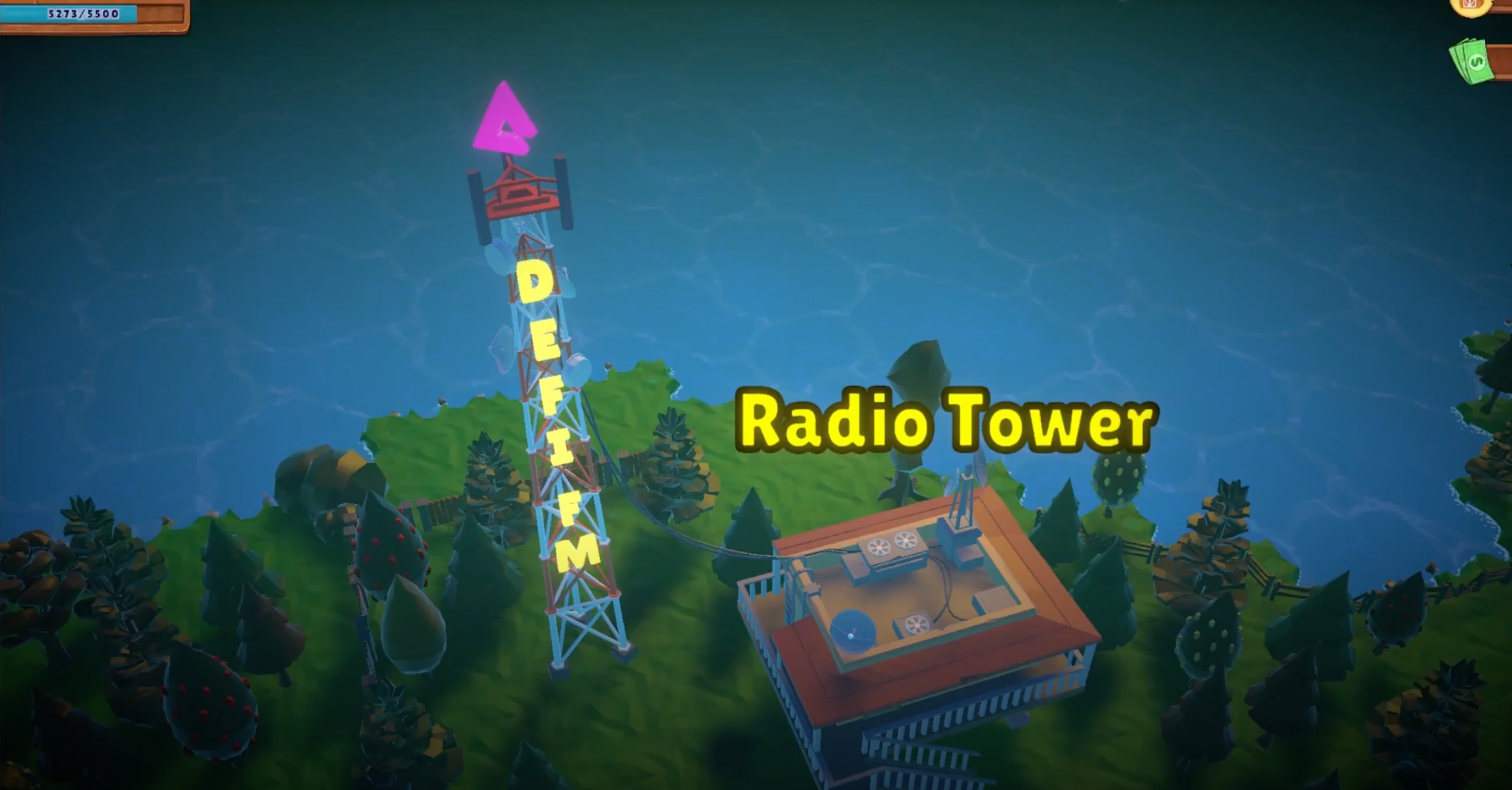 On a quiet Thursday morning in DeFi Land, an FM radio tower was erected amind a landscape of barns and cornfields. Its completion brought the gift of music to a world that has known nothing more than the pastoral sounds of virtual harvest.

The tower is the result of a recent partnership between DeFi Land and Audius, a music streaming platform built on the Ethereum and Solana blockchains.

The upgrade allows users to stream any of the millions of songs in the Audius library while playing the game, and comes just in time for DeFi Land’s public launch, which is expected to be announced in the coming weeks.

DeFi Land, whose gameplay teaches gamers the concepts of decentralized finance through farming simulation, raised a $4.1 million funding round in September led by Animoca Brands and Alameda Research.

The partnership is Audius’ latest push to bring its tokenized music model to the mainstream. The service is modeled more after SoundCloud than Apple Music or Spotify, allowing users to upload their own music monetized through tokens instead of royalties.

Audius raised a $5 million funding round in September led by mainstream staples Katy Perry, Pusha T and The Chainsmokers.

“With DeFi Land, we’re sharing a new way to become involved in decentralized finance, a fresh take on the space,” DeFi Land founder DFL Erwin said in a press release. “Integrations like these are very valuable for mass adoption because they offer a unique user experience for easier and friendlier participation, and we look forward to seeing what comes next.”