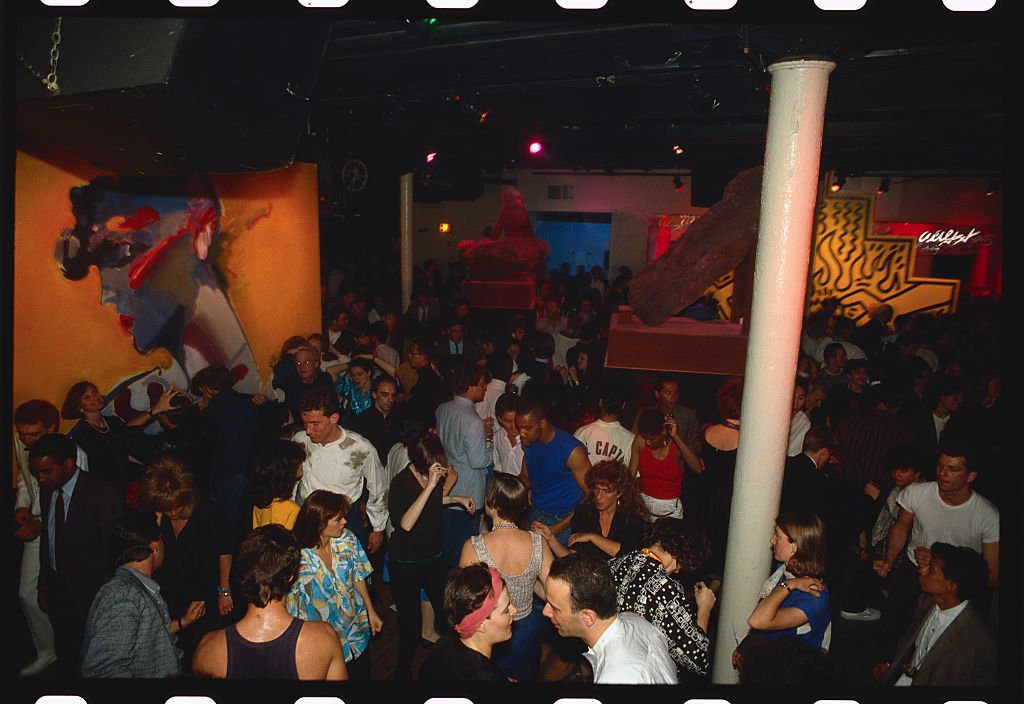 As part of our Culture Week coverage, members of CoinDesk’s Layer 2 team have been comparing notes about our experiences of non-fungible token art events in New York and elsewhere over the past year. One theme has been the prevalence of closed-door events – and equally closed-door attitudes. There are entire NFT gallery shows restricted to people who’ve already shelled out tens of thousands of dollars or more. One member of our team, comically, was yelled at just for walking a bit too close to the front door of an NFT event he wasn’t even aware was happening. The emergent industry seems really, really fixated on keeping out the riff-raff, and making sure you know about it.

To many readers, this might sound like how the “real” art world already functions – as an exclusive club only for the wealthy. That’s certainly how art galleries tend to look on TV and in movies. Because many people involved in NFT-land don’t have much background in the art industry, I suspect some of this emphasis on “exclusivity” is based on these secondhand notions.

I’m intimately familiar with the highest heights of the New York fine art industry, through close personal connections and half a decade of haunting galleries in Chelsea and Brooklyn. And I can tell you, closed and exclusive events are NOT how the art world works. And the NFT industry’s imitation of a television caricature of “art galleries” may hurt it in the long run.

Even the very hottest New York galleries – places like, let’s say, David Zwirner – hold public openings that are not only entirely free, but usually even have free booze to entice people in the door. Before the coronavirus pandemic, it was common, even predictable, to see some disheveled-looking chancer stroll into a high-end art opening, take a cursory, performative glance at a few paintings, then surreptitiously fill a backpack with free beers before heading back out into the street. They’re basically never hassled about it.

That accessibility is great in terms of fairness, justice and equity. There are plenty of activists pushing for more accessibility in art, arguing that it’s part of a universal human legacy. They would unquestionably have a fit over the exclusivity and barriers in place in the world of NFTs.

But let’s just throw justice and equity out the window for a moment. Fine art gallerists aren’t in it for their health, or even really to benefit humanity. These are for-profit operations, and ultimately they’re willing to let in any rando off the street not because it’s the right thing to do, but because it helps them make money.

Most immediately, a public event is far more likely to capture an ineffable moment of bustle, liveness and excitement – all of which help motivate people to buy art. The young and/or broke people who have nowhere near $20K to drop on a painting provide a kind of assurance that there is inherent value to a piece. They’re there to tell rich people, who sometimes have little or no taste of their own because they’ve spent their lives making money and not doing much else, that a piece of art is Actually Good.

(That $20k, by the way, is very roughly what it costs to get a unique physical object hand-crafted by some of the top artists working right now. Keep that in mind as you watch NFTs of algorithmically-generated cartoons sell for piles of ETH worth millions.)

On the other hand, you fill a room with people made of money, all of them with a financial stake in what’s going on, and every performance of being impressed or interested by the art itself immediately feels affected and stilted. If no one is walking around looking at the art as art, to demonstrate the pure pleasure of an image or object or an algorithm, it all starts to look like Potemkin Pokemon very fast.

That’s just the short-term upside of inclusivity, though. The real returns come on the back end. Because those young, poor outsiders often become influential and powerful, and when you welcome them early on you’re shaping their taste and building long-term loyalties. This is particularly true of artists themselves, who are generally just as broke as the stereotypes would suggest, but have real collective power to set the agenda for what’s cool – and in turn, what’s valuable.

One of the best examples here is the work that emerged out of New York in the 1980s, by folks like Jean-Michel Basquiat, Keith Haring or (my personal favorite) The RAMM:ELL:ZEE. Basquiat in particular started getting paid very early on, but the value collectors saw in his work was completely inseparable from the grassroots scum and villainy that defined New York City in that era. Wall Street traders may have been buying the art, but it was actually about the B-boys, gay club kids, graffiti writers, smacked-out punks and crack dealers who populated cultural nexuses like the Mudd Club or Union Square.

Of course, not all NFTs are primarily about art and its complex dynamics. The Bored Ape Yacht Club shindig during the NFT NYC conference, for instance, was restricted to holders. These “profile pic” NFTs frequently lean into their status as an exclusive club for holders. Maybe there’s value in that – a kind of updated online country club.

But other NFTs have been promoted substantially by leveraging the idea that “art,” broadly speaking, has produced great investment returns over time. Yet those returns have been the product of a complex and multifaceted apparatus known as the “art industry,” one which has evolved, in its modern form centered on for-profit galleries, over nearly a century.

It turns out that the long-term value of art, financially as well as culturally, is tied up in broader “scenes,” cultural moments that embody something larger than any one piece or artist. These scenes are structured like pyramids, with a small group of wealthy collectors funneling money to a much larger, mostly much less rich group of artists, curators and other workers. But, and this is crucial, the people at the top of the pyramid are themselves dependent on the much larger group of workers and cultural figures – influencers, in the neutered ad-agency newspeak of our fallen age – to affirm the value of what they buy.

NFT art has the potential to become that sort of scene, but to do so it has to open the doors to anyone who wants a free beer. Until then, the whole thing may be much, much more fragile than the velvet ropes and champagne flutes would imply.