Decentraland’s MANA token pushed to a record high on Thursday, hitting $5.84 for the first time. It is up almost 40% in the past seven days.

Tokens tied to the metaverse, or shared virtual environments, have surged since October when Facebook said it was changing its corporate name to Meta to signal an increasing focus on the sector. At the time, Decentraland’s market cap was just over $2 billion.

“Investors are still wanting to capitalize on the narrative of the metaverse since the rebranding of Facebook,” said Juan Pellicer, an analyst at IntoTheBlock.

Pellicer said that the recent waves of transactions for MANA of over $100,000, could be signalling institutional demand. 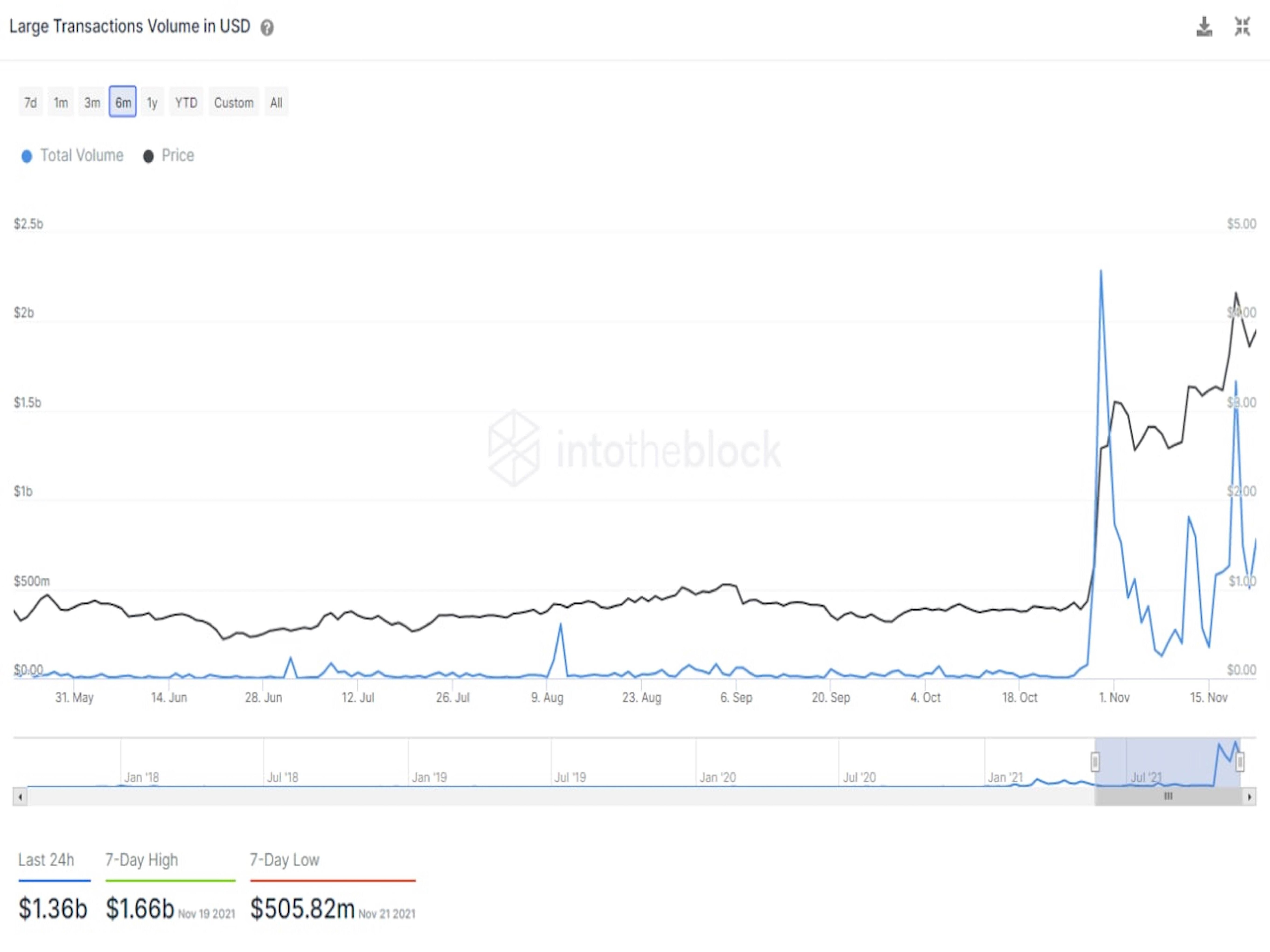 He also noted that the recent virtual real estate plot sales are putting Decentraland in the spotlight again, which could also be helping propel the price.

Reuters reported on Monday that a Tokens.com subsidiary, the Metaverse Group, bought a patch of virtual real estate in the Decentraland metaverse for 618,000 MANA – equivalent to around $3.2 million at the time of writing.

Other gaming and metaverse-related tokens are also trading upwards. On Monday, Sandbox’s SAND reached record highs after Adidas teased a partnership between the two companies.

Axie Infinity’s AXS is up 15% in the last seven days, trading at around $140 per token.

“Gaming is still very much at the forefront heading into Sandbox’s alpha release on November 29,” said Denis Vinokourov, an independent crypto analyst.

Sandbox, which is owned by Hong Kong-based game software company, Animoca Brands, announced this week it will open part of its metaverse via its multi-week, play-to-earn Alpha event on Nov. 29. The event will give users the chance to earn up to 1,000 SAND and exclusive non-fungible tokens (NFT).